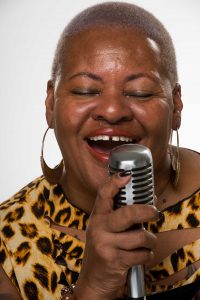 Miss Freddye’s Blues Band has that traditional Chicago style blues that gets a hold of a crowd and leaves them wanting more! Founded by their sassy and belting vocalist, Miss Freddye, the band was formed in the fall of 2002.

Her latest CD, “Lady Of The Blues, which was released in August of 2017, was recorded in San Jose, CA at Greaseland and co-produced by Kid Anderson, who is lead guitarist for Rick Estrin and the nightcats and Andy Santana.

They have opened for Kelly Richie, Eden Brent, Gina Scillia, Janiva Magness and Bettye LaVette. They perform in regional blues festivals and dances, as well as playing benefit concerts for cancer awareness and homeless veterans.

Miss Freddye is currently working on a gospel and Roots CD. 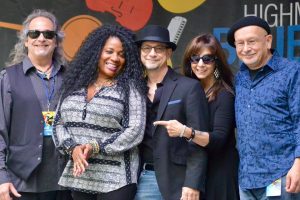 Recording artist Stephanie Wellons, aka Stevee, recalls her first performance as toddler in her crib. Stevee’s mother was a pianist and vocalist and taught her the fundamentals of singing. At age 14, Stevee began a singing group with some of her school friends, performing at a few talent shows and ‘dancehall socials’ in her neighborhood.

Stevee then began her professional singing career at 21 years of age performing with her former husband in various bands. She then went out on her own performing in supper clubs in the Pittsburgh area. She went on to perform with several popular bands in the city.

Stevee has performed and recorded many styles and genres of music such as: blues, R&B, country, rock-a-billy, jazz, soul, funk, rock and gospel. She has incorporated those styles into a unique sound of her own. Stevee has recorded lead and background vocals for various artists in Pittsburgh, New York City, Chicago and in DC. She currently sings in Pittsburgh, Memphis TN and Washington DC with her blues/rock band The Stevee Wellons Band and the fabulous duo Soulful Femme.

A former nine year vocal instructor at the prestigious Afro-American Music Institute (AAMI). She is currently a vocal coach at a community college and coaches privately.

Each of the musicians in this group, Steve Binsberger (keys), Cheryl Rinovato (guitar), Greg McIltrot (Drums/harmonica), and James Spears (bass) have spent years playing blues, soul, jazz and rock music around the country. The band members have known each other forever and talked off-and-on about how much fun it would be working together – someday. Finally, the time was right and The Stevee Wellons Band (SWB) came to life.

The Blues Society of Western Pennsylvania gave SWB the honor of representing the region for the 2016 International Blues Challenge in Memphis, TN. That experience provided encouragement and inspiration for the group to work on creating their own mix of blues and soul music. The band has performed in various Blues Festivals throughout the Tri-State Area. Stevee Wellons Band is taking their music out on the club and concert circuit in Pennsylvania, their first full-length CD was released in 2018. 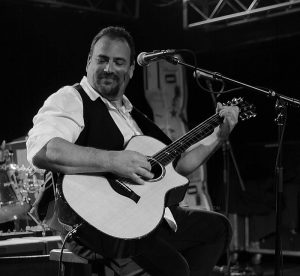 Jeff Fetterman is a self-taught blues/rock guitarist, who grew up in small town Bradford, Pa. Influenced by players such as Jimi Hendrix, the Allman Brothers, Stevie Ray Vaughan, Jimmy Page, and others, Jeff started playing in his first band at the age of 13 and continues today four decades later.

Jeff tours extensively throughout the east coast region and can be seen as a solo act or with his band, the Jeff Fetterman Band, a powerful 3 piece blues trio. Jeff signed a three-song publishing deal with Transition Music in California, which placed his songs in film and television: NBC’s The Passions, TNT’s The Closer and the Spanish film The Tough Guy. His songs have also been featured as background music in Ford auto commercials. His last album Bottle Full of Blues has received critical acclaim, especially in Europe and the UK.

Jeff led his band to the International Blues Challenge in Memphis TN in 2018 and 2019, where they made it to the semifinals. He also won Best Blues Band and Best Blues Album for the Rock Erie Music Awards (REMA). 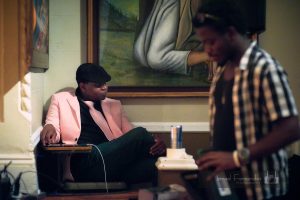 Odysseus Bailer is an established Lindy hopper, Blues Dancer, and DJ from NYC. He is honored to be a part of this year’s Steel City Blues event as your DJ Coordinator.

His sense of personal style he adds to his music selection provides a uniqueness that makes you want to move, while being respectful of the history and social context of the music, the dance, and the culture from where it derived. 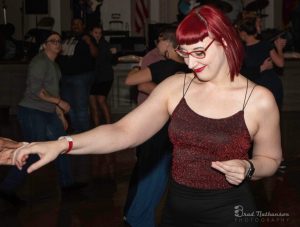 Marjorie Bartell comes from Philadelphia and is excited to bring her love of Blues to Steel City, especially Ballroomin’, because it bridges the gap between Lindy Hop and Blues. She was first introduced to the dance world through lindy hop, but blues quickly stole her heart. Marjorie teaches, dances, and DJs Blues and Lindy Hop in her home scene so be sure to ask her to dance!

Other than dancing and teaching; she’s a cat mom, retired esports player, and a software developer. 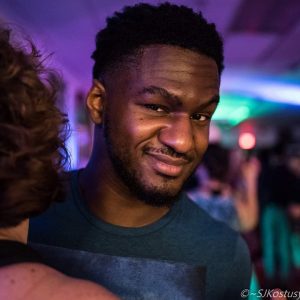 Vash started dancing Blues four years ago and quickly developed a passion for Blues music which naturally lead him to not just dancing blues but DJing as well.

He has a preference for songs with heavier basslines as well as Blues songs with a jazzier feell.

He’s really excited to be DJing for you and hopes you’ll all have a great time! 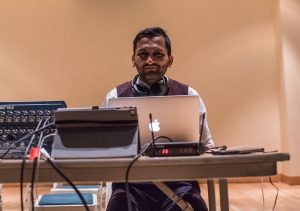 Om Choudhary was first introduced to blues dance in 2010 in Pittsburgh and started spinning blues tunes in 2012. Devout to the blues music, Om loves to dance and DJ to emotions, strongly believing that music is what feelings sound like. As a DJ, he draws his inspiration from local blues artists, live musicians, and the dancers on the floor.

Om can be seen dancing, competing, and djing at various blues events nationally and placed first in the Pittsburgh DJ competition for Steel City Blues 2019.

Om has also cherished his love for Bhangra dancing and folk Punjabi music for over 21 years. 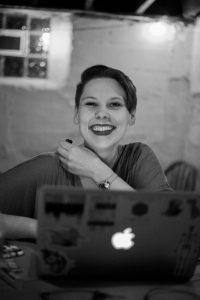 Cortnie hails from Grand Rapids, Mi where she regularly DJ’s and teaches. She’s most excited to share her library that’s most notably filled with rhythmic tunes to get your feet movin’, gentle tunes to inspire the comfiest close embrace, and the bold harmonica to fill your soul. The second thing she is most looking forward to is dancing with everyone so please ask!

When not dancing, teaching, or djing Cortnie works as a physical therapist assistant and gets completely geeky when it comes what she does. She’ll gladly nerd out with you about music, dance, or her job.